Prominent Pakistani human rights activist and lawyer Asma Jahangir has died at the age of 66.

She reportedly suffered a cardiac arrest and was taken to hospital, where she later died.

The pro-democracy activist championed women’s rights throughout her career.

She was imprisoned in 1983 and put under house arrest in 2007. Five years ago, leaked documents suggested that some intelligence officers had planned to kill her.

Ms Jahangir called for an inquiry at the time, demanding the government “find the forces who wanted to silence” her.

More recently she spoke out against BBC Persian journalists being put on trial in Iran, as part of her role as UN special rapporteur on human rights in Iran.

Prime Minister Shahid Khaqan Abbasi led tributes to Ms Jahangir, saying her death was a great loss for the legal fraternity, and praying for her and her family.

Punjab state chief Shehbaz Sharif tweeted that he was “deeply saddened” at the news. 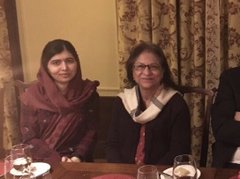 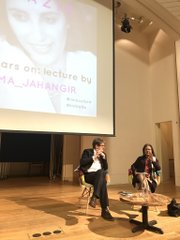 Heartbroken that we lost Asma Jahangir – a saviour of democracy and human rights.

I met her a week ago in Oxford. I cannot believe she is no more among us. The best tribute to her is to continue her fight for human rights and democracy.

Asma Jahangir was the bravest person I knew. She fearlessly stood up to dictators, thugs, misogynists. She was never daunted by the attacks that came her way. She never wavered from her principles. Her loss is incalculable.

Raza Ahmad Rumi of the Pakistan Daily Times called her a hero. 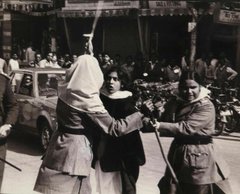 ‘Speaking truth to power’ a phrase, we often use. #AsmaJahangir lived,practiced till her last breath. Questioned mullahs, military, judges, politicians, all the powerful;defended downtrodden. Faced threats &
attacks. Was never afraid.What a hero. We have to contend with a void.

Another prominent Pakistani lawyer, Salman Akram Raja, tweeted that Ms Jahangir was “the bravest human being I ever knew” and that the world was “less” without her.

In her career, Ms Jahangir was a staunch defender of human rights and women’s rights, and a pro-democracy activist, and was nominated for the Nobel Peace Prize in 2005.

She worked closely with her sister Hina Jilani on many of her endeavours.

In 2014 Ms Jahangir told AFP news agency she had seen changes in the perception of human rights in Pakistan.

“There was a time that human rights was not even an issue in this country,” she said. “Then prisoners’ rights became an issue.”

“Women’s rights was thought of as a Western concept. Now people do talk about women’s rights.”

A man has gone on trial in London, accused of plotting to kill a Pakistani blogger living in the Netherlands. A court heard that 31-year-old Muhammad Gohir Khan was hired as a “hitman” by figures […]

Saudi blogger Raif Badawi – jailed and sentenced to 1,000 lashes for “insulting Islam online” – has been freed, his wife says. “Raif called me. He is free,” Ensaf Haidar told AFP news agency from […]

A Kenyan court has found three policemen and a civilian guilty of the murder of a human rights lawyer and two other people in June 2016. The bodies of Willie Kimani, his client and a […]