Not long after Justine Ruszczyk called 911 to report a possible assault near her home, an officer shot and killed her. That was Saturday night. Three days later, investigators released details from a preliminary investigation but did not explain why police shot the Minneapolis woman.

“Her family and I have been provided with almost no additional information from law enforcement regarding what happened after police arrived,” Ruszczyk’s fiancé, Don Damond, said earlier, before authorities released additional details.
Here are the facts of the case so far:

What led up to the shooting? 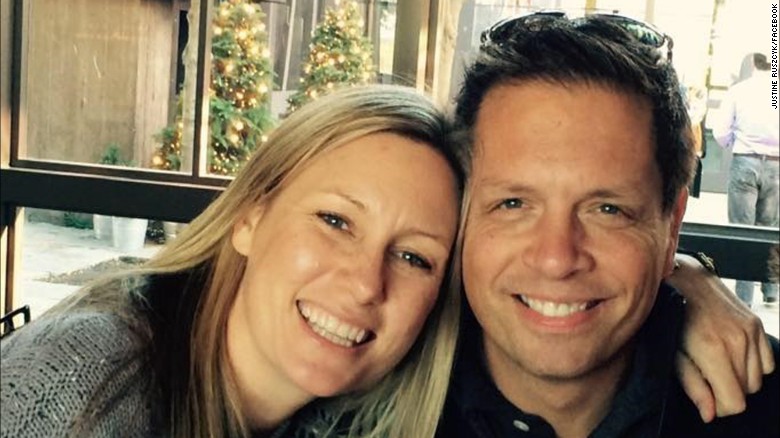 Justine Ruszczyk and Don Damond were set to marry next month.
Harrity and Noor responded to a 911 call from a woman, later identified as Ruszczyk, about a possible assault near her residence on Saturday, shortly after 11:30 p.m., according to a BCA preliminary investigation.  Harrity was driving; Noor was in the passenger seat, the BCA said.  The officers drove south through the alley between Washburn and Xerxes avenues toward West 51st Street searching for a suspect, the BCA said.
“All the squad lights were off,” the BCA said. 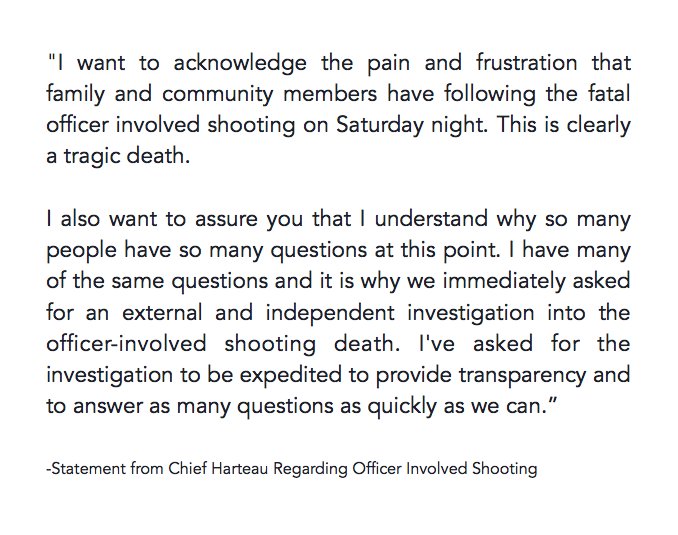 What happened during the shooting?

This remains unclear.  As the officers reached West 51st Street, Harrity said, he was startled by a loud sound close to the police car, the BCA said.  Immediately afterward, Ruszczyk approached the driver’s side window of the squad car, authorities said.  Harrity said that Noor fired his weapon, hitting Ruszczyk through the open driver’s side window, according to the BCA.  The two officers immediately got out of the car and gave Ruszczyk medical attention, authorities said.  Ruszczyk was shot and killed in an alleyway near her home, the Hennepin County medical examiner said. She died at 11:51 p.m. The medical examiner said the 40-year-old died of a gunshot wound to the abdomen.  Crime scene personnel recovered a cell phone near Ruszczyk, the BCA said.  There were no weapons at the scene of the shooting, the BCA said .    Damond said he still has questions about how the shooting happened.
“We’ve lost the dearest of people and we are desperate for information,” Damond said. “Piecing together Justine’s last moments before the homicide would be a small comfort as we grieve this tragedy.”
“I understand why so many people have so many questions at this point. I have many of the same questions and it is why we immediately asked for an external and independent investigation in the officer-involved shooting death,” police Chief Janeé Harteau said.
She called for the investigation “to be expedited to provide transparency and to answer as many questions as quickly as we can.”
The mayor said she, too, wants more answers.
“I don’t know more than other people do,” Mayor Betsy Hodges said Tuesday. “I ask that they (investigators) give us as much information as they can, as quickly as possible.”

What did an officer say to a dispatcher?

Radio traffic between two Minneapolis police officers involved in the fatal shooting of Ruszczyk and a dispatcher shows officers were trying to save her life as they waited anxiously for an ambulance to arrive.  In the audio, obtained from the operator of the Minnesota PoliceClips website, it is unclear which officer is describing the scene after the shooting.  In the audio clip, a dispatcher is heard saying send a marked car to Washburn Avenue. It is unclear from the recording what time it was, but police have said it was just after 11:30 p.m.  At some point the dispatcher contacts the squad car and one of the officers tells him there was a shooting.  “(Squad) 530, uh, shots fired. Can we get EMS code 3, Washburn and 51st street? We’ve got one down,” the officer says.  The dispatcher calls for other units.  We next hear the officer saying someone is starting CPR.  The officer tells other units they are in the entrance of an alleyway between houses.  The dispatcher asks the officer on the radio whether the situation is under control and the ambulance can safely approach the shooting scene. The officer says it is OK and says “There are no suspects at large.”  Later the officer, his voice tense, says, “Where is EMS on this?” and is told they are about .75 miles away.  Neither the Minneapolis Police nor the City of Minneapolis Communications Department would verify the authenticity of the Minnesota PoliceClips website recording.

Why is there little information about the shooting?

Earlier, Hodges said the lack of information was “frustrating.”  It may be several months before the state’s Department of Public Safety reveals exactly what happened. That’s because the department’s Bureau of Criminal Apprehension is expected to take up to four months to investigate, said Chuck Laszewski, spokesman for the Hennepin County attorney’s office.  Once that happens, county attorney Mike Freeman, not a grand jury, will decide whether either of the two officers involved should be charged in Ruszczyk’s death.  Neither the city of Minneapolis nor its police department is handling the investigation.  That’s to avoid having the Minneapolis Police Department “investigate itself in these most sensitive cases, and in so doing, help build community trust in the oversight process,” said the mayor in a statement.  The decision to have the BCA take over “critical incident” investigations involving Minneapolis police officers was made in 2014, according to the mayor’s statement.  “I think it was the right move, but there are tradeoffs to this policy,” Hodges said. “Since MPD doesn’t manage the investigation itself, the city doesn’t have access to — and thus cannot share — information about the investigation until it’s made public.”

Who are the officers involved in the shooting?

Two Minneapolis officers responded to the scene: Mohamed Noor and Matthew Harrity. Noor has been with department for 21 months; Harrity has been on the force for one year, authorities said.  Noor extended his condolences to the family in a statement through his attorney. 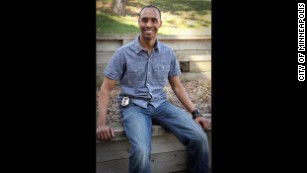 Mohamed Noor has been identified as the officer who shot Justine Ruszczyk.

“He takes these events very seriously because, for him, being a police officer is a calling,” attorney Thomas Plunkett said. “He joined the police force to serve the community and to protect the people he serves. Officer Noor is a caring person with a family he loves and he empathizes with the loss others are experiencing.
“The current environment for police is difficult, but Officer Noor accepts this as part of his calling. We would like to say more, and will in the future,” the statement said. “At this time, however, there are several investigations ongoing and Officer Noor wants to respect the privacy to the family and asks the same in return during this difficult period.”
Noor came to the United States at a young age, according to the lawyer’s statement.  He had three previous complaints against him, of which two remain open, according to records from the Minneapolis Office of Police Conduct Review Department. One case was closed and no discipline was implemented.  Noor was also named as one of three defendants in a recent lawsuit in which a woman said that officers had forced their way into her house, grabbed her and involuntarily took her to a hospital. The officers in the suit said the woman was having a mental health crisis.  Earlier, Harrity’s attorney, Frederic Bruno, identified his client as the other officer and driver of the patrol car.

Who was the victim?

Ruszczyk was originally from Australia, but had lived in the United States since April 2014, a source who knew her said. She was living with her fiancé at the time of her death, and they were planning to marry in August. 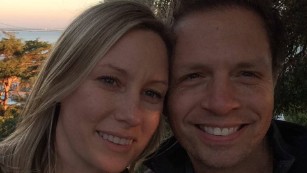 Ruszczyk had dual citizenship in the United States and Australia because her father holds US citizenship, the source said. The country’s Department of Foreign Affairs and Trade said it is providing consular assistance to the woman’s family.
“This is a very difficult time for the Ruszczyk family, they are trying to come to terms with this tragedy and to understand why it has happened,” the family said.
In Australia, family friend Julia Reed said Ruszczyk was a veterinary surgeon, but that she had gone overseas “to work spiritually to heal other people with their medical problems in the United States,” according to Australia’s Seven Network.   According to her website, Ruszczyk trained as a veterinarian and later became a yoga instructor and life coach. She worked at the Lake Harriet Spiritual Community in Minneapolis.
“Justine was dedicated to helping others make transformations in their lives, through teaching and coaching,” said Nancy Coune, an administrator with the Lake Harriet Spiritual Community. “She was an amazing leader for bridging the gap between science and spirituality in a way that was easy to understand and fun.”

Investigators from the BCA are examining evidence and requested initial interviews with the officers. So far, Harrity has spoken to them; Noor has not, officials said.
“The BCA will provide additional details of the incident once initial interviews with the officers are complete,” the Minnesota Department of Public Safety said.  The BCA investigation will consist of interviews with witnesses and others, collection and analysis of evidence, and followup interviews. Then, the state agency will “present its findings without recommendations to a county attorney for review.”

What happened to the officers’ body cameras?

Per police department policy, body cameras are supposed to be turned on before use of force “as soon as it is safe to do so” or during “any contact involving criminal activity.” 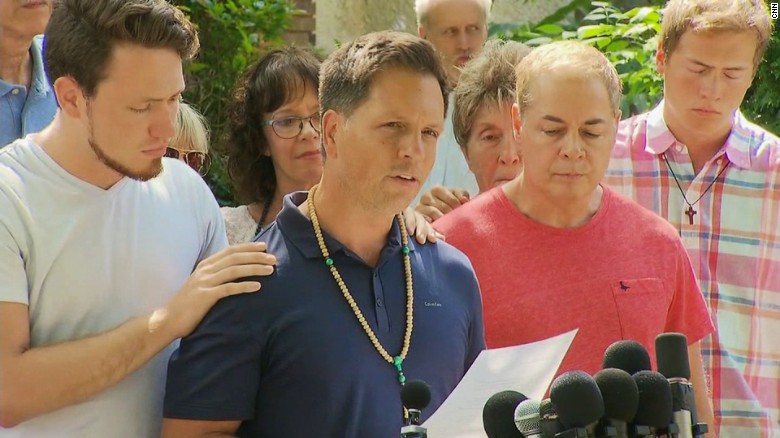 The policy also says officers are supposed to wear their body cameras “during their shift at all times when they could reasonably anticipate that they may become involved in a situation for which activation is appropriate in accordance with this policy.”
The body camera policy went into effect just over six months ago, Hodges said.  The American Civil Liberties Union of Minnesota said the officers’ failure to turn on their body cameras thwarted “the public’s right to know” what happened to Ruszczyk.  The mayor said she, like many others, wants to know why the officers’ body cameras weren’t on.  “I have the same questions everyone else does,” Hodges said Tuesday. “Why weren’t the body cameras on? What happened in the shooting? Those are burning questions we all want the answers to.”
Source   http://edition.cnn.com/2017/07/18/us/minneapolis-woman-shooting-what-we-know/index.html

An Australian court has begun a long-awaited hearing into whether seven MPs caught up in a dual citizenship saga should remain eligible for office. Under constitutional rules, Australian politicians cannot be dual citizens. The High […]

A suspected drug carrier has been arrested after crashing a van packed with A$200m (£112m; $140m) of methamphetamine into a patrol car parked outside a police station in Sydney, Australia. The 28-year-old driver hit the […]

A driver accused of killing six people during a rampage through Melbourne’s Bourke Street believes God will exonerate him of guilt before a comet strikes earth, the Supreme Court has been told. James “Dimitrious” Gargasoulas […]