Two Canadians held hostage in Syria have been released into the custody of Turkish officials.

Hayat Tahrir al-Sham is an al-Qaeda-linked jihadist alliance that dominates the north-western Syrian province of Idlib.

It is not clear how either Ms Bimbachi or Mr Moore ended up as hostages in Syria.

Ms Mills said the department would not offer more details on the case due to privacy concerns.

Ms Bimbachi left Canada for Lebanon last year to search for her children.

Their father had taken them to Lebanon in 2015 to visit relatives but did not return as planned, according to the Chatham Daily News. 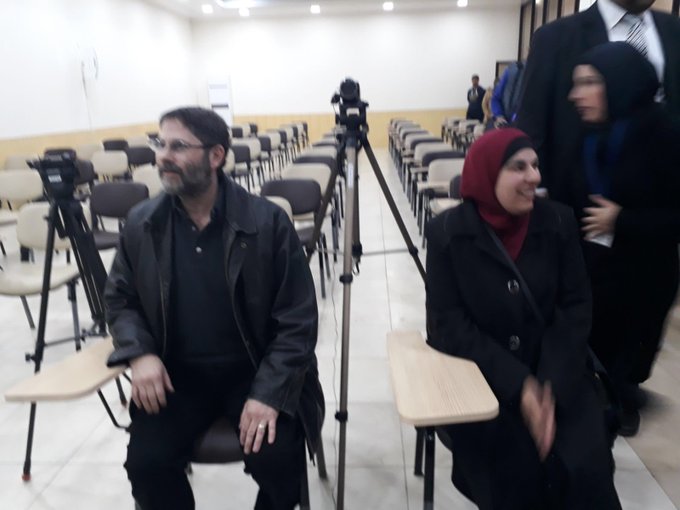 She ended up in Syria where she was kidnapped by Hayat Tahrir al-Sham.

Hayat Tahrir al-Sham is a Syrian jihadist group formerly known as al-Nusra Front until it distanced itself from al-Qaeda in 2016.

Mr Moore was in the Middle East to assist Ms Bimbachi in returning her children to Canada, CBC news reported.

Both Mr Moore and Ms Bimbachi are from the town of Chatham, Ontario, about 300km (185 miles) southwest of Toronto.

Jeff Bultje told the BBC that his friend Mr Moore was “in the helping business” and had travelled to the region previously on charity missions.

“He loves to dig into stuff,” Mr Bultje said. “To set things right.”

He said he last spoke to Mr Moore around Christmas.

A Canadian court has ruled that the case of senior Huawei executive Meng Wanzhou, who is fighting extradition to the United States, can go forward. A judge found that the case meets the threshold of […]

Asia Bibi, a Pakistani Christian woman who spent years on death row after being convicted of blasphemy, has left the country, officials have confirmed. Her conviction was overturned last year by the Supreme Court. She […]

A Canadian man has been charged with dangerous driving for allegedly taking a nap while his self-driving Tesla car clocked up more than 90mph (150km/h). Police said both front seats were fully reclined, and the […]