Tragically, cars strike many animals each year. Although the injuries are not always fatal, animals can put a serious dent in your vehicle, if not destroy it completely.

November is the height of deer mating season. October and December are also dangerous. As the days get shorter, drivers are more likely to be on the road at dawn and dusk, which is peak time for animal activity. Animals may be more difficult to see, as it gets dark earlier. 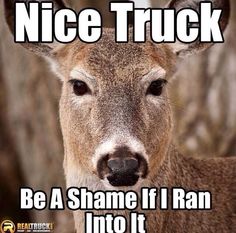 While any animal on the road is dangerous, deer are most often the cause of collisions. According to the Insurance Institute of Highway Safety, there are more than 1.5 million deer-vehicle collisions each year, resulting in 150 occupant deaths and tens of thousands of injuries. In New York state alone last year, AAA Insurance policyholders had a total of 136 animal-related auto claims with an average cost of $3,484 per claim.

“Although deer and other animals are unpredictable, and you never know when one might dash in front of your vehicle, there are actions you can take to help prevent an accident or reduce the damage from an animal collision,” said Steve Seitz, insurance manager with AAA Western and Central New York.

Tips to Avoid an Animal Collision:

•Keep your eyes moving back and forth. Continuously sweep your eyes across the road for signs of animals and movement. While the most likely accident would be caused by an animal darting in front of you, one might also hit you by running into the side of your car.

•Be especially attentive in early morning and evening. Many animals, especially deer, are most active during prime commuting hours – roughly 5-8 a.m. and 5-8 p.m.

•At night, use high beams when there’s no oncoming traffic. Your brights can help you spot animals sooner. The light reflecting off their eyes may also help reveal their location.

•Slow down and watch for other deer to appear. Deer rarely travel alone, so, if you see one, there are likely to be one or several more nearby.

•Honk your horn with one long blast. A long blast on your horn may frighten large animals, such as deer, away from your vehicle. The Insurance Information Institute advises against relying on devices such as deer whistles and reflectors, which have not been proven to reduce collisions with animals.

•Use brakes if impact is imminent. If an animal is in your path, stay in your lane. Swerving away from animals can confuse them, so they don’t know which way to run. It can also put you in the path of oncoming vehicles or cause you to crash into objects on the side of the road.

•Always wear a seatbelt. According to the Insurance Information Institute, the chances of getting injured when hitting an animal are much higher if you don’t have your seatbelt on.

•Don’t go near a wounded animal. A frightened and wounded animal can be unpredictable. If it’s in the middle of the road and blocking traffic, call the police immediately. 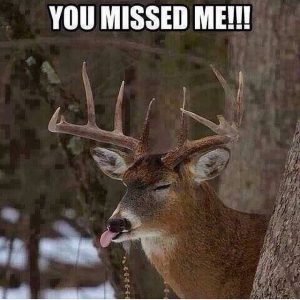 Ben Needham “Most Likely” Died In An Accident

Ben Needham, from Sheffield, was 21 months old when he disappeared on the Greek island of Kos. An “item” believed to have been in Ben’s possession at the time has been found during fresh searches. […]