The sites, GirlsDoPorn and GirlsDoToys, had been the subject of a long-running legal battle.

The US Department of Justice has ruled that rights to videos and images produced by the now-defunct sites belong to the women.

More than 400 victims can now ask for the online footage to be removed.

GirlsDoPorn producer Ruben Andre Garcia was sentenced in the summer to 20 years in federal prison for coercing women into appearing in sex videos.

The latest ruling is part of a restitution order from the prosecution of Garcia, who also went by the name Jonathan.

Originally, women responded to adverts for clothed modelling work and were then told they would be highly paid for anonymous adult video shoots.

According to the women who appeared in GirlsDoPorn videos, Garcia pressured them into filmed sex acts and lied about the true nature of the shoot.

Garcia told the women that the videos would be published only on DVDs and sold overseas. 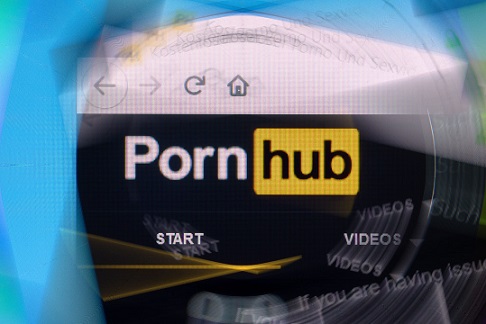 Under the terms of the order, US district judge Janis Sammartino has ordered Garcia to pay $18m (£13.6m) in restitution and hand over the video and image rights.

Sammartino’s order grants the video rights to 402 GirlsDoPorn victims, who can now seek “takedown” notices, under the Digital Millennium Copyright Act, against websites that continue to allow the films to be shown.

The women have been seeking justice against their traffickers since 2016.

“This is an extremely important ruling that returns power to the victims by giving them control of the images and videos that caused them so much pain and suffering,” said Southern California district acting US attorney Randy Grossman.

“We hope this helps the victims close a difficult chapter in their lives.”

“An important step in this long-healing process is for the victims to be able to take back control of their lives,” said FBI special agent in charge, Suzanne Turner.

“This ruling helps to facilitate that shift while the FBI aggressively pursues the lone outstanding fugitive in this case… Michael James Pratt.”

Authorities still haven’t located Pratt, who the FBI has described as the ringleader and who was added to its “Most Wanted” list in September 2020.

In October, Pornhub’s parent company settled a lawsuit brought by 50 women who said they were victims of the sex-trafficking operation.

About World Justice News 3187 Articles
Brings you breaking crime news and other interesting crime stories from around the world.

A group of filmmakers has won over $14 million in damages from VPN provider LiquidVPN. The default judgment finds the company guilty of copyright infringement and DMCA violations, in part by promoting the Popcorn Time […]

Four men accused of wanting to kidnap Michigan’s governor were ready to use machine guns and grenade launchers as part of the plot, a US court has heard. The accused are on trial accused of […]