Police say they have shot dead a former policeman suspected of murdering a prominent left-wing politician and campaigner in 2018.

They say Adriano da Nóbrega was killed after he fired on police officers trying to arrest him in north-eastern Bahia state.

Mr Nóbrega is said to have led a paramilitary group suspected of ordering the murder of Marielle Franco.

Ms Franco, an outspoken councillor, had been critical of the police’s often deadly raids in densely populated shantytowns, or favelas, and denounced paramilitary groups run by retired and off-duty police known as milícias. 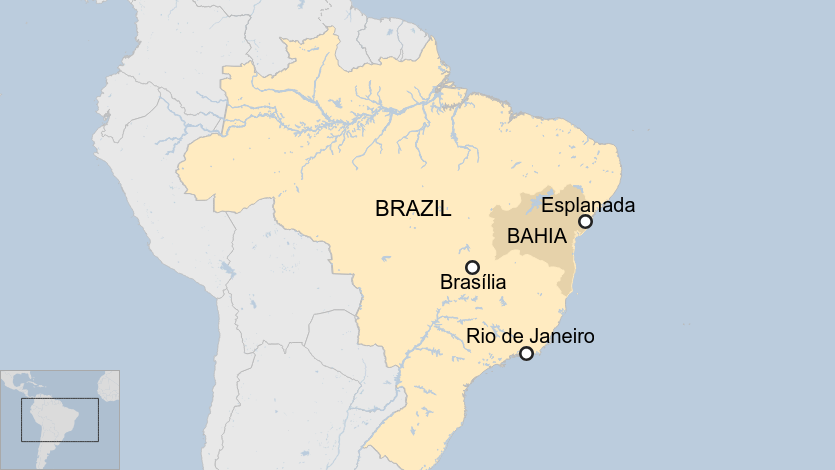 Last year, two former police officers were arrested in connection with the murders.

What do the authorities say?

Bahia’s state security agency issued a statement, saying Mr Nóbrega was shot dead by police during a confrontation in the city of Esplanada on Sunday.

“At the moment of his arrest, he fired on officials and was wounded in the shootout.

“He was taken to a hospital but died as a result of his wounds,” the statement said.

Has there been any reaction?

Mr Nóbrega’s lawyer said he feared his client would be killed by police because he knew too much.

Meanwhile, Ms Franco’s Socialism and Liberty Party (PSOL) said they would be pressing for the circumstances of Mr Nóbrega’s death to be clarified.

“The militia he belonged to was suspected of being implicated in the assassination [of Ms Franco and her driver], and he was a key figure for shedding light on a series of crimes,” the party said.

What’s the case about?

Ms Franco, who grew up in a poor neighbourhood of Rio, was returning from an event encouraging black women’s empowerment in central Rio on 14 March 2018 when a car drew up alongside hers and nine shots were fired.

The two suspects arrested a year later were Ronnie Lessa, accused of being the gunman, and Élcio Vieira de Queiroz, the alleged driver. They both deny any involvement.

Ms Franco was shot four times in the head, and three bullets hit her driver, Anderson Gomes. Ms Franco’s press officer, who was sitting in the back seat of the car, was injured.

Investigators say her killing was meticulously planned and carried out with unusual precision, which led them to believe her killers were highly trained.

About World Justice News 2043 Articles
Brings you breaking crime news and other interesting crime stories from around the world.

Inmates have seized control of the largest prison in the north-eastern Brazilian city of Natal. Police say at least 10 prisoners have been killed at the Alcacuz jail. Many others are thought to have been […]

The son of Brazil’s footballing legend, Pele, has handed himself in to complete his sentence for money laundering and drug trafficking. Edinho, a former professional goalkeeper, was first arrested in 2005 over the charges, but […]

Police in Brazil have charged a woman who accused the international footballer, Neymar, of raping her in a Paris hotel in May with perverting the course of justice. Najila Trindade and her former husband, Estivens […]