At least five people have been killed and more than 40 injured after a car ploughed into a parade in the US state of Wisconsin, police say.

Footage shows a red SUV driving through a Christmas parade in the city of Waukesha, west of Milwaukee, at around 16:40 local time (22:40 GMT).

One person is in custody. The incident does not appear “at this time” to be an act of terrorism, one official said.

The suspect appeared to have been fleeing another scene when he ran into people at the parade, the law enforcement official – who is familiar with the early findings of the investigation – told the BBC’s US partner CBS News.

Local resident Angelito Tenorio told the Milwaukee Journal Sentinel newspaper he had just finished marching in the parade when the SUV “put the pedal to the metal and just [started] zooming full speed along the parade route.”

“Then we heard a loud bang, and just deafening cries and screams from people who are struck by the vehicle,” he said.

Corey Montiho said his daughter’s dance team was hit by the SUV.

“There were pom-poms and shoes and spilled hot chocolate everywhere. I had to go from one crumpled body to the other to find my daughter,” he told the paper.

Officials in Waukesha warned that the number of fatalities and injuries could change as additional information is collected. They said some people had transported themselves to local hospitals.

The parade in Waukesha – a community of about 72,000 people – is held every year on the Sunday before Thanksgiving, and includes fancy dress, dancers and marching bands. This year’s theme was “comfort and joy”.

Chief Thompson said officers had recovered a “suspect vehicle” and a person of interest was in custody, but gave no further details. He added that the investigation was “very fluid”.

Police fired at the car to try to stop it, he said.

Fire chief Steven Howard told reporters that his department had taken 11 adults and 12 children to nearby hospitals after the incident.

The Children’s Wisconsin hospital said it had received 15 patients as of 20:00.

Waukesha’s public schools will be be closed on Monday, and counselling services have been made available to those affected.

Mayor Shawn Reilly meanwhile said it was a “traumatic” time for the city. “My heart goes out to all those affected by this senseless act,” he said.

One video published on social media shows the car crashing at high speed through street barriers. Another shows the vehicle driving into what looks like a group of musicians.

Police officers ran down the street during the incident, telling people to take shelter in shops, local media reports say.

Belen Santamaria rushed into a restaurant with her three-year-old daughter, while her husband went to help those injured. She had pulled out of walking in the parade on Sunday because of backache.

“I was going to be there, walking. The SUV would have hit us too,” she said. 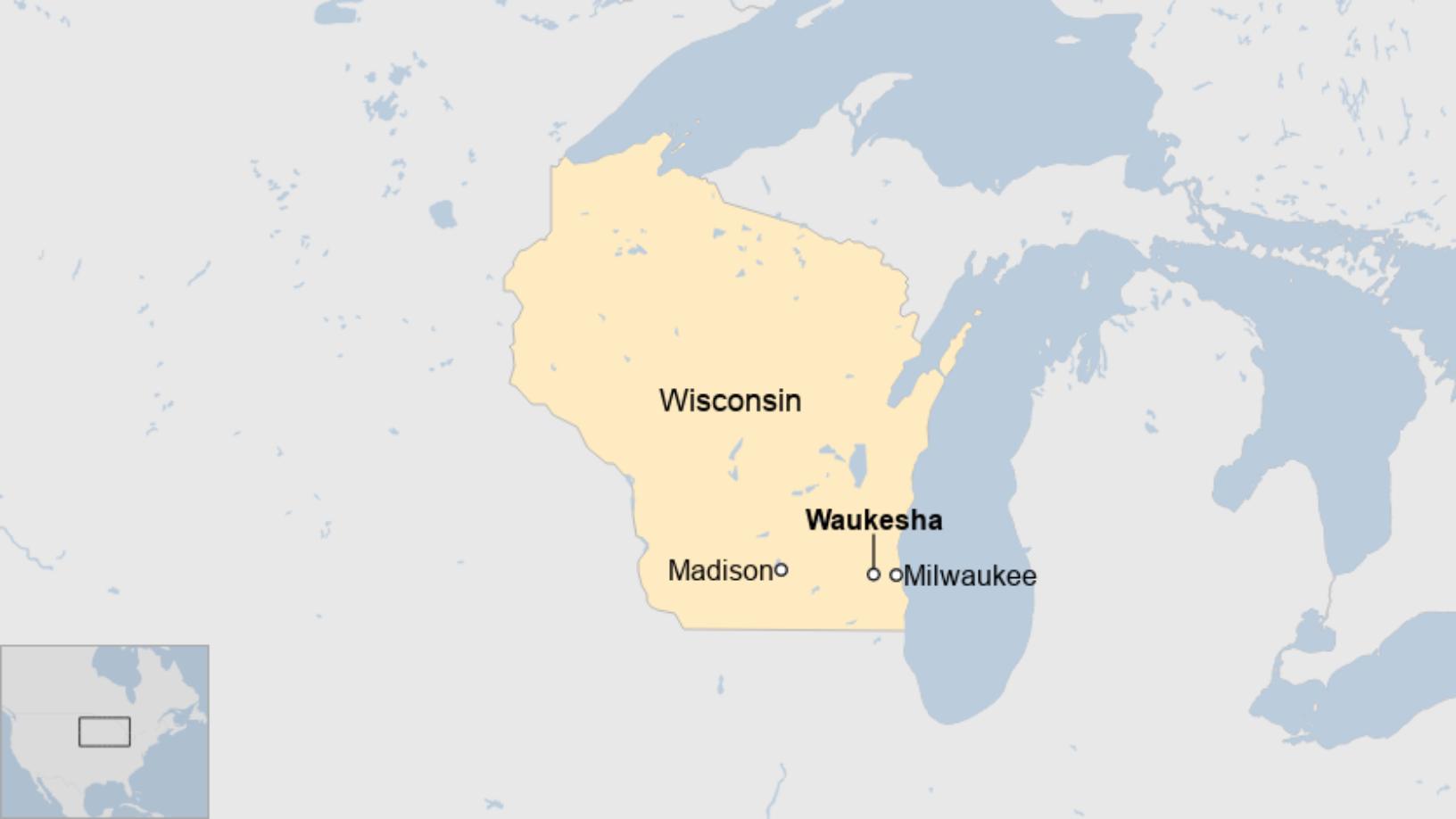 One witness told Milwaukee’s Fox6 TV station that there was silence, followed by screaming, running and checking on those injured after the vehicle hit a dance team of girls aged between about nine and 15.

Another witness said the driver also hit a group of “Dancing Grannies” and at least one person flipped over the front of the car.

The Milwaukee Dancing Grannies said some of its members “were impacted and we are waiting for word on their conditions”.

“Please keep the Grannies, all those injured, and all those who witnessed this horrible event in your thoughts and prayers,” the group wrote on its Facebook page.

Photos of a red SUV with a crumpled bonnet parked in a driveway were later posted on Twitter by TV station CBS 58.

About World Justice News 3137 Articles
Brings you breaking crime news and other interesting crime stories from around the world.

New York City police have named “a person of interest” after a morning rush-hour shooting at a subway station that left more than 20 people injured. Police said they were looking for Frank R James, […]

US President Joe Biden has said he is “angry” after a teenager who shot dead two men during racial unrest last year in Wisconsin was cleared. The president expressed dismay at the verdict in a […]

Lawyers for a teenager charged with shooting three people amid civil unrest in Wisconsin last year have called for a mistrial. Kyle Rittenhouse’s defence asked that the case be dismissed after the judge angrily rebuked […]