A former Australian school teacher accused of killing his wife – in a case that was the subject of a popular crime podcast – will face trial for murder, a judge has ruled.

He has pleaded not guilty and has consistently denied killing Lynette Dawson, who disappeared in 1982.

His lawyers tried to get the case thrown out, arguing his right to a fair trial had been risked by the podcast.

The 2018 podcast, The Teacher’s Pet, produced by the Australian newspaper, led to the case gaining prominence in Australia and internationally. It has had close to 30 million downloads.

What did the judge say?

“The accused also contended that his trial will be irredeemably unfair because of the nature and extent of public commentary across a range of electronic media and social media platforms concerning Lynette Dawson’s ‘disappearance’ and her suspected murder”. 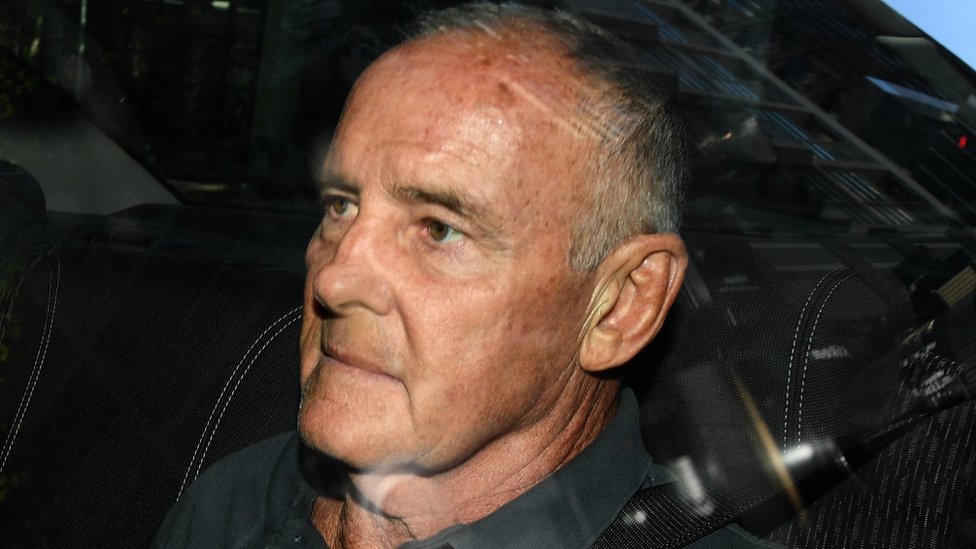 The judge said that no application for a permanent stay of proceedings – which Mr Dawson’s lawyers sought – had ever been granted before on the basis of a podcast and the subsequent “media storm”.

“Her Honour was left in no doubt that the adverse publicity in this case or, more accurately, the unrestrained and uncensored public commentary about Lynette Dawson’s suspected murder, is the most egregious example of media interference with a criminal trial process which this court has had to consider in deciding whether to take the extraordinary step of permanently staying a criminal prosecution.”

She ordered that the trial does not proceed before June 2021 to allow “commentary” on the case to dissipate and allow Mr Dawson to have a fair trial.

What is the background to the case?

Lynette Dawson, a 33-year-old mother of two, disappeared from her Sydney home in 1982. Police have never found any trace of her.

Mr Dawson has always maintained she abandoned him and the children – possibly to join a religious group.

An inquest in 2003 heard that Mr Dawson had sexual relationships with teenage students during his marriage, including with the family’s babysitter at the time of his wife’s disappearance.

Prosecutors have previously maintained there was insufficient evidence to lay charges.

The podcast highlighted the bungled handling of Mrs Dawson’s case by police in the early years after her disappearance, prompting a recent apology from the state’s police commissioner.

About World Justice News 2787 Articles
Brings you breaking crime news and other interesting crime stories from around the world.

Australian Prime Minister Scott Morrison has given a national apology to victims of child sexual abuse. Hundreds of people gathered in Canberra on Monday to hear Mr Morrison deliver the emotional address in parliament. It […]

China says it is investigating a Chinese-Australian writer for alleged “involvement in criminal activities endangering China’s national security”. Yang Hengjun’s detention in China was earlier disclosed by Australia – days after he went missing. The […]

By Jonathan Pearlman, Sydney Several hundred Aborigines on a remote island in Australia are seeking compensation for the racist actions of the police in a landmark £23 million class action that has been likened to […]