An asylum seeker who wrote a book via Whatsapp from inside a detention centre has finally left the island where he was held for six years by Australia.

Behrouz Boochani, an Iranian Kurd, arrived in New Zealand on Thursday, vowing never to return to Papua New Guinea (PNG) where he was detained.

The journalist was sent to PNG’s Manus Island in 2013, after arriving in Australian territory by boat.

He had hoped to claim asylum, but fell foul of its strict refugee policy.

“I just arrived in New Zealand,” he tweeted on Thursday. “So exciting to get freedom after more than six years.

“I have been invited by Word Festival in Christchurch and will participate in an event here. Thank you to all the friends who made this happen.”

Mr Boochani arrived on Australia’s Christmas Island in July 2013. In the same month, the country’s then-prime minister vowed no asylum seeker arriving by boat would ever be resettled in Australia, even if found to be genuine refugees.

Australia says its policies are necessary to deter dangerous attempts to reach the country by sea.

So instead of arriving in Australia, where he had hoped to start a new life, Mr Boochani was moved to Manus Island where Australia has an offshore processing centre.

“I didn’t want to go to prison in Iran so I left and when I got to Australia they put me in this prison for years,” he told the BBC in January 2019.

Unable to leave, he became one of Manus Island’s most well-known voices, chronicling the lives of his fellow asylum seekers and publishing his award-winning book No Friend But the Mountains: Writing from Manus Prison in 2018.

The book proved to be his ticket off the island: New Zealand has granted him a month-long visa so he can attend a literary festival at the end of November. It is the first time he has been allowed to leave PNG since August 2013.

From New Zealand, he hopes to travel to the US, where he has been accepted for asylum as part of a deal to resettle refugees from Australia’s two offshore detention centres. If this is now denied because of his arrival in New Zealand, he has said he will look at other options.

“I will never go back to that place,” he told the Guardian, the British newspaper he has written extensively for during his years on Manus Island.

The Australian authorities have so far rejected the offer. Refugees in PNG and the island nation of Nauru can either choose to resettle in those nations, apply for a limited number of places in the US, or return to their home country. 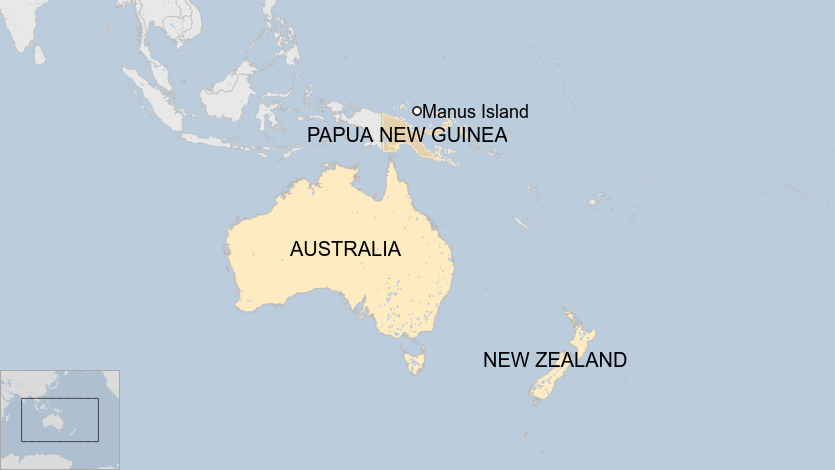 However, the US process takes a long time and while many of the asylum seekers – like Mr Boochani – have been granted refugee status in PNG, they do not want to stay. Many say returning home is not an option.

Mr Boochani said he decided to flee Iran because of problems with the authorities over his journalism.

About World Justice News 3188 Articles
Brings you breaking crime news and other interesting crime stories from around the world.

Influencers in Australia face up to five years in jail if they break laws on financial advice, a new information sheet warns. The Australian Securities and Investments Commission (ASIC) says they may need a licence to […]

Earlier this month, former Megaupload executives Mathias Ortmann and Bram van der Kolk revealed that they had reached a deal with authorities to be charged in New Zealand, thereby avoiding extradition to the United States. […]

Australia has revoked tennis star Novak Djokovic’s visa for a second time in a row over his right to remain in the country unvaccinated. The decision by Immigration Minister Alex Hawke on “health and good […]

Kenya elections 2022: Raila Odinga and William Ruto in tight race for president
UN envoy: Only peace can end Israel-Palestinian violence
Shiite Muslims in Mideast mark the solemn holy day of Ashoura
Russian casualties in Ukraine top 80,000, says US
How Vladimir Putin Became a Toy in a Central Park Playground
Do spiders sleep? Study suggests they may snooze like humans
North Korea has laundered $1 billion in crypto via Tornado Cash - and the US Treasury just slammed the platform with sanctions
North Korea offering 100,000 ‘volunteers’ for war against Ukraine, says Russian state media
Blinken Africa trip: The world should not dictate to the continent
US pledges $1 billion more rockets, other arms for Ukraine