More nuns have been reported to prosecutors amid a widening police investigation into claims of abuse at a notorious orphanage.  The Mail revealed yesterday that police probing Smyllum Park in Lanark had arrested 12 people, including nuns.  A further four have now been reported to the Crown Office, some of them nuns, with ages ranging between 71 and 93.  Police Scotland also disclosed that the 12 who have been arrested and charged consisted of 11 women and one man, aged between 62 and 85.  Yesterday a force spokesman said: ‘A further four individuals will be reported today. Inquiries are continuing.’ Claims of historic abuse at the home have come under scrutiny at the ongoing Scottish Child Abuse Inquiry (SCAI). 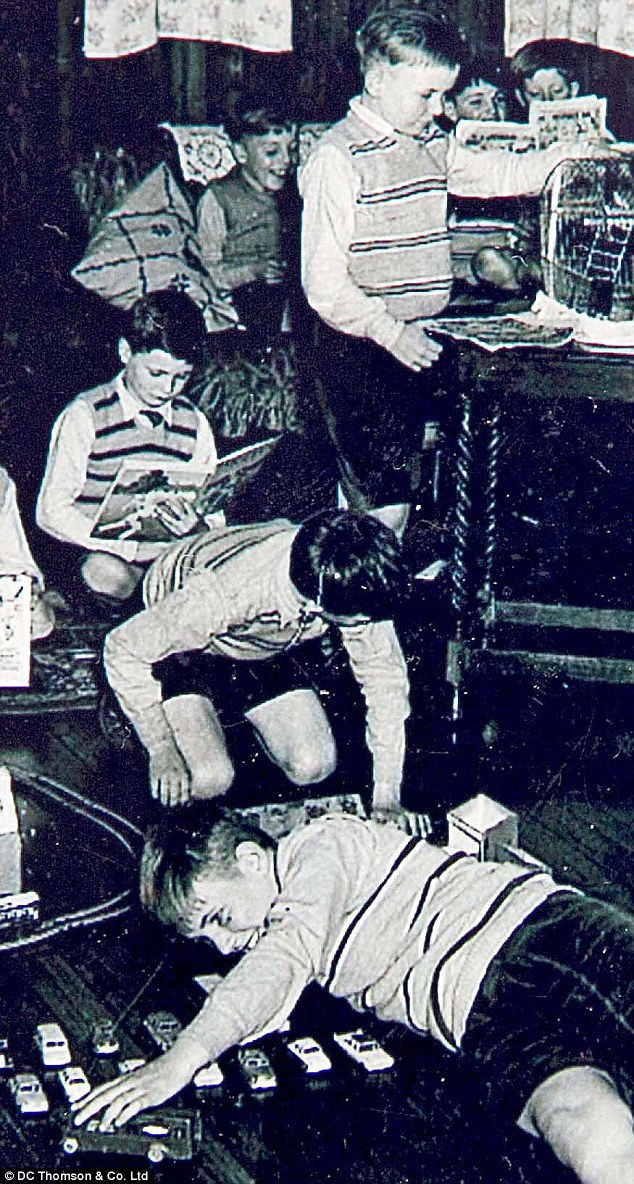 Eddie McCall with his brothers were abused by nuns as a children at the Smyllum Park School for orphans. His younger brother Francis died at the home, nobody knows where he’s buried

News of the arrests comes as SCAI chairman Lady Smith prepares to publish a damning report on Smyllum within days.  Last night Alan Draper of In Care Abuse Survivors said: ‘The news today is a vindication of all those survivors who had the courage to come forward.

‘We look forward to a successful prosecution of all those who committed crimes with impunity, in the knowledge that they would be protected by their superiors. Bishops and religious superiors will also have questions to answer for their failures.’

It is understood that those arrested within the last few weeks include nuns and former lay members of staff at the now-closed institution.  Former residents of the home have told SCAI during hearings that nuns beat them, forced them to eat vomit and ritually humiliated them for bed-wetting.  One recalled satanic abuse and another claimed a fellow child may have died after being left naked in the rain for three hours as punishment.  Another former resident compared the Daughters of Charity, who ran the Catholic institution until it closed in 1981, to Nazi concentration camp commandants.

A spokesman for the Daughters of Charity said: ‘During this period we have publicly urged anyone who believes they have been the victim of a crime to contact the police.  We continue to offer our sincere and heartfelt apology to anyone who suffered any form of abuse while at our facilities.’

Meanwhile, a separate police probe is under way over claims of abuse involving the Sisters of Nazareth, another Catholic order which came under investigation by the SCAI earlier this year.

The Mail has been told there is an ongoing police investigation into people associated with the order, which ran homes across Scotland where abuse has been widely reported.

Scotland’s landmark child abuse inquiry is set to examine allegations of child abuse at Quarriers children’s homes.  Survivors will give evidence at the £15.7million Scottish Child Abuse Inquiry (SCAI).  Other organisations under the spotlight amid abuse claims include the Aberlour Child Care Trust and Barnardo’s.  Quarriers has said it will ‘play a full and active part’ in the SCAI when it resumes in October because it believes victims ‘have the right to be heard’.

A statement on the charity’s website states: ‘Seven former Quarriers’ employees were convicted of offences which took place between 1955 and 1981. Quarriers co-operated fully with the authorities.

‘To those who suffered abuse while in our care, we offer an unreserved apology.  We condemn the actions of the individuals who perpetrated these crimes as their behaviour was the opposite of our values.

‘In 2004, Quarriers apologised to individuals affected and will continue to offer support to anyone with a grievance.’

Wales boss and ex-Manchester United player Ryan Giggs will go on trial in January accused of headbutting his ex-girlfriend and controlling her. Mr Giggs, 47, allegedly assaulted Kate Greville, 36, and caused her actual bodily […]

One of the biggest investigations into the alleged abuse of teenage Army recruits in Britain has collapsed. Sixteen instructors at the Army Foundation College, Harrogate, North Yorkshire, were accused of slapping and punching 28 recruits. […]

A 26-year-old woman who verbally abused paramedics and left a foul-mouthed note on their ambulance in Stoke-on-Trent has admitted a public order offence. Kirsty Sharman, of Parsonage Street, also accepted writing the handwritten message, which […]