After seeing it mentioned a few times following the Presidential election, I decided to read J.D. Vance’s book, Hillbilly Elegy: A Memoir of a Family and Culture in Crisis.

The author was raised in Middletown, Ohio, a now-decaying steel town filled with Kentucky transplants, including his Mamaw and Papaw — (that’s grandma and grandpa) — who moved there shortly after World War II. Eventually the couple managed to achieve the material comforts of a middle-class life (house, car), though they carried their Appalachian values and habits with them. Some were wonderfully positive, like loyalty and love of country. But others, like a tendency toward violence and verbal abuse, were detrimental to family life.

The sociological aspects of the story fascinate me.  The New York Times Book Review said, “Now, along comes Mr. Vance, offering a compassionate, discerning sociological analysis of the white underclass that has helped drive the politics of rebellion, particularly the ascent of Donald J. Trump. Combining thoughtful inquiry with firsthand experience, Mr. Vance has inadvertently provided a civilized reference guide for an uncivilized election, and he’s done so in a vocabulary intelligible to both Democrats and Republicans.”

“Poverty is the family tradition,” he writes, and he describes his ancestors and kin as hardworking sharecroppers, coal miners, machinists, millworkers — all low-paying, body-wearying occupations that over the years have vanished or offered diminished security.

Raised by his grandmother in a town where many children don’t finish high school, he managed to graduate from Ohio State University and Yale Law School, defying the odds.  Mr. Vance does not over-dramatize his accomplishments, nor has he forgotten his roots.

He paints a vivid picture of his life and the people who filled it.  The characters are raw, and many of them have flaws that Mr. Vance does not excuse or apologize for.  He uses his story to point out the mind-set of many Americans today who do not believe they will ever be able to achieve greater success than their parents. This has had a demoralizing effect, leaving empty spaces that are often filled with abuse of alcohol, drugs and violence.

“The book is an American classic, an extraordinary testimony to the brokenness of the white working class, but also its strengths. It’s one of the best books I’ve ever read.” 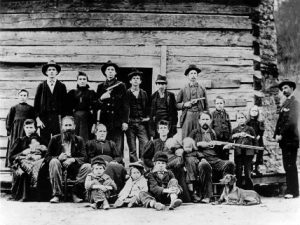