The government is cracking down on misinformation about the coronavirus pandemic.

A rapid response unit within the Cabinet Office is working with social media firms to remove fake news and harmful content.

Culture Secretary Oliver Dowden said action was needed “to stem the spread of falsehoods and rumours, which could cost lives”.

The specialist unit is dealing with as many as 10 incidents each day.

It will try to tackle a range of issues online, such as fake “experts” issuing false medical information and criminals running phishing scams.

UK Government has sent out only one text message on new rules about staying at home to prevent the spread of #coronavirus (see below). If you see others claiming to be from UK Government, they are false. 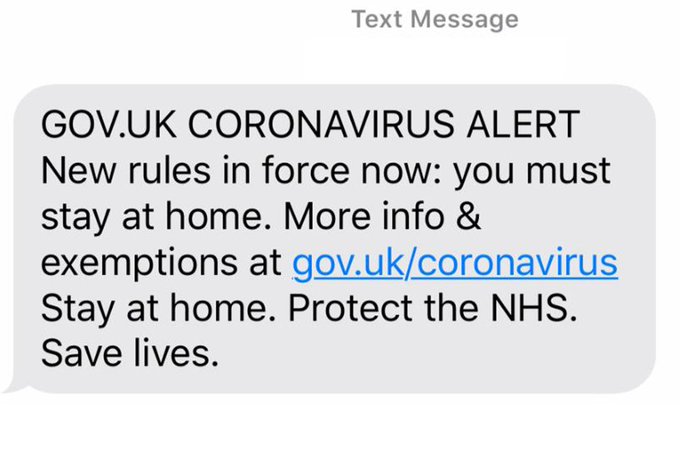 One of them told people they had been fined for breaking the rules.

Mr Dowden added: “We need people to follow expert medical advice and stay at home, protect the NHS and save lives.

“It is vital that this message hits home and that misinformation and disinformation which undermines it is knocked down quickly.”

The government is also re-launching a campaign called “Don’t Feed the Beast”, urging the public to think carefully about what they share online.

It comes as the former chairman of the Digital, Culture, Media and Sport select committee called for knowingly sharing misinformation about Covid-19 to be made an offence.

Conservative MP Damian Collins said: “The information contagion around Covid-19 is so dangerous, because there is so much that people don’t know and so much happening all the time, that it is very easy for false rumours to take hold and spread.”

Mr Collins is also launching an online service where members of the public can post screenshots of coronavirus-related information they have been sent.

Social media companies have also announced measures to try to fight the spread of misinformation about the virus.

Last week, Facebook, Google, Microsoft and Reddit also said they would work with governments on the issue and to help those in self-isolation.

About World Justice News 2863 Articles
Brings you breaking crime news and other interesting crime stories from around the world.

A Canadian father who has not been vaccinated against Covid has temporarily lost the right to see his 12-year-old child. A judge ruled his visits would not be in the child’s “best interest”. It followed […]

Two men have been jailed for a total of 33 years for running a £70m money laundering scheme, £10m of which came from fraudulent Covid loans. Artem Terzyan, 38, from Russia and Deivis Grochiatskij, 44, […]

The judge hearing Novak Djokovic’s challenge to an order by the Australian government revoking his entry visa has dramatically overturned the decision. Judge Anthony Kelly ordered the release of the tennis star from detention, and […]