The Duchess of Sussex’s father, Thomas Markle, will testify if asked to in the court case against Meghan, the duchess’ half sister has said.

Samantha Markle – Mr Markle’s daughter from his first marriage – told the BBC: “If he is called, he will come.”

New court documents in the case between Meghan and the Mail on Sunday show the paper will use evidence from Mr Markle.

No date has been set for a hearing in the case, which centres on a private letter Meghan wrote to him.

The Mail on Sunday rejects the claims and says there was “huge and legitimate” public interest in publishing the note.

Documents submitted to the High Court by the paper laying out its defence show much of the evidence it could rely upon comes from Mr Markle.

He was at the centre of controversy in the lead up to Meghan’s marriage to Prince Harry in May 2018.

The documents include text messages sent from Mr Markle to his daughter before the wedding.

“The fact that so much of the evidence appears to come directly from him and that he appears to be co-operating with the paper presents at least the possibility of him being called to testify in court against his own daughter,” BBC reporter John Donnison said.

The Daily Mail, the Mail on Sunday’s sister paper, reported on Wednesday that Mr Markle was “expected to be called as a key witness” in the case.

What is the Mail on Sunday arguing?

The newspaper has given what BBC royal correspondent Jonny Dymond describes as a “very robust” response to Meghan’s claims.

The paper argues in legal documents that members of the Royal Family, including the duchess, “rely on publicity about themselves and their lives in order to maintain the privileged positions they hold and promote themselves”.

It said the duchess “did not have a reasonable expectation of privacy that the contents of the letter were private and would remain so”. 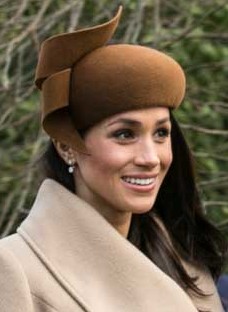 “There is a huge and legitimate public interest in the Royal Family and the activities, conduct and standards of behaviour of its members,” it said.

“This extends not merely to their public conduct, but to their personal and family relationships because those are integral to the proper functioning of the monarchy.”

As evidence that it did not infringe her privacy, the paper says the letter was “immaculately copied” in Meghan’s “elaborate handwriting”, arguing that this care in its presentation meant she anticipated it would be seen and read by a wider audience.

What is the paper’s response to Meghan’s claims?

The 44-page legal filing by the Mail on Sunday aims to tackle the duchess’ claims one by one:

How did the case begin?

In October, law firm Schillings, acting for the duchess, filed a High Court claim against the Mail on Sunday and its parent company Associated Newspapers over the alleged misuse of private information, infringement of copyright and breach of the Data Protection Act 2018.

At the time, Harry said he and his wife were forced to take action against “relentless propaganda”.

Referring to his late mother Diana, Princess of Wales, he said: “I lost my mother and now I watch my wife falling victim to the same powerful forces.”

The legal proceedings are being funded privately by the couple and any proceeds will be donated to an anti-bullying charity.

When did Meghan and her father fall out?

Mr Markle was invited to the royal couple’s 2018 wedding but had to pull out because he needed heart surgery.

In the run up to the big day, he became embroiled in a controversy over reports he had staged paparazzi photos of himself in wedding-related activities, such as being measured for a new suit.

In December that year, he told ITV he had not spoken to his daughter since she married Harry.

The documents submitted by the Mail on Sunday say a text message days before the wedding signed “Love M and H” admonished Mr Markle for talking to the press. And that he replied: “…I’m sorry my heart attack [is an] inconvenience for you.”

Where are Meghan and Harry?

Meghan returned to Canada to be with her son Archie last week.

The duchess visited a women’s centre in Vancouver on Tuesday, in her first public appearance since she and Prince Harry said they would “step back” as full-time royals.

The Downtown Eastside Women’s Centre posted a photograph of the duchess with staff and visitors on Facebook, with the caption “Look who we had tea with today”. Her visit was “to discuss issues affecting women in the community”, the group added.

The visit provides a sense of what the family’s future may be like in Canada, following their decision to split their time between the Commonwealth country and the UK.

Prince Harry is expected to join Meghan and Archie in Canada at a later date – he is due to attend an official event at Buckingham Palace on Thursday.

He has been posting on the couple’s Instagram page – announcing that venue for the 2022 Invictus Games – the sporting event he founded for injured service personnel and veterans, which will be held in Dusseldorf, Germany.

What about Meghan and Prince Harry ‘stepping back’?

Details of the Mail on Sunday’s defence come as the Royal Family seeks to redefine the Duke and Duchess of Sussex’s role after the pair issued their surprise statement a week ago.

The Queen, the Prince of Wales, the Duke of Cambridge, and Prince Harry met at Sandringham on Monday to discuss the couple’s future.

In a statement released later, the Queen said discussions had been “very constructive” and that final decisions will “be reached in the coming days”.

Has this sort of case happened before?

Yes – it is not the first time the royals have taken legal action against the press.

About World Justice News 2559 Articles
Brings you breaking crime news and other interesting crime stories from around the world.

MICROSOFT’S ONGOING BATTLE to stop the US authorities from marching into overseas data centres with cyber wheelbarrows and coming out laden has taken another thresh around in the bottom of the basket.  The US Department […]

The Duchess of Sussex has been allowed keep the names of five friends who gave an interview about her secret in her case against the Mail on Sunday. Mr Justice Warby said she had won […]

More than 300 news outlets are launching a campaign on Thursday to counter President Donald Trump’s attacks and promote a free press. The Boston Globe made the call last week for a nationwide denouncement of […]