Judge's refusal to hear case of woman in hijab left her in tears. 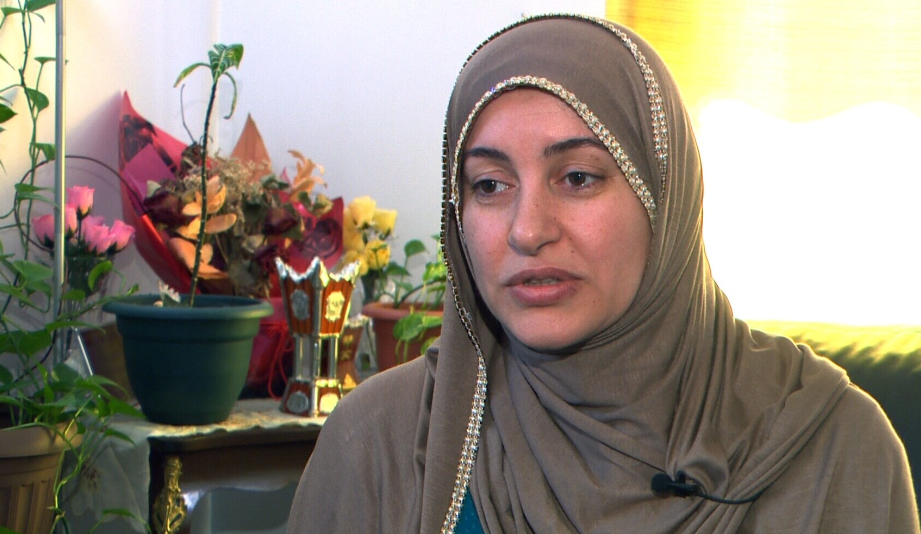 A Quebec woman says she was left in tears after a judge refused to hear her case in court unless she removed her Islamic headscarf (a hijib).

Judge Marengo told Rania El-Alloul inside a courtroom in Montreal on Tuesday that she had to remove her hijab. Marengo said that the court was a secular space and that El-Alloul was not suitably dressed.

"I was shocked. I was surprised. I told her I cannot remove it", El-Alloul told CTV Montreal on Friday.

"I am proud of my hijab - I will never remove it, not for a small case because of my car," she added.

El-Alloul was in court to apply to get her car back after it was seized by Quebec's automobile insurance board.

She said that the judge's ruling left her feeling dehumanized and disrespected.

"Outside I cried; on the streets, on the metro, on the bus - I couldn't stop my tears," she said.

"I am Canadian. It is my right and I am feeling not Canadian anymore because what she did to me, but really I am Canadian," she added.

When El-Alloul first appeared before Marengo, the judge asked her why she was wearing a scarf. El-Alloul told her it was because she is a Muslim.

The Judge Eliana Marengo proceeded to take a 30-minute recess. When she returned, she offered El-Alloul a choice: remove the scarf or seek a postponement in order to consult with a lawyer.

The judge cited Article 13 of the rules of Quebec court, which states that "any person appearing before the court must be suitably dressed."

"I will therefore not hear you if you are wearing a scarf on your head, just as I would not allow a person to appear before me wearing a hat or sunglasses on his or her head, or any other garment not suitable for a court proceeding," Marengo says in a recording of the proceedings.

The case has been adjourned to an undetermined date.

A spokesperson for the Court of Quebec said Friday that despite widespread public criticism, Tuesday's court ruling will stand.

"There is really no question of letting (the public) pressure change the decision," Annie-Claude Bergeron said in an interview with The Canadian Press.

Bergeron added that Marengo had the right to interpret the law and set rules of the court using her best judgement.

A spokesperson for the Prime Minister's Office said Friday that "if someone is not covering their face, we believe they should be allowed to testify."

Quebec's premier, Philippe Couillard said that people should only be forced to remove an article of religious clothing if it is causing problems for "communication, identification or security."

"I will be very careful because the judge is sovereign in her decisions, in her courtroom," Couillard told The Canadian Press Friday. "I'm a little bit disturbed by this event, I must say."

Sukania Pillay, the executive director for the Canadian Civil Liberties Association, told The Canadian Press that asking El-Alloul to remove her hijab was disrespectful and violated her fundamental right to freedom of religion.

"The courtroom has every right to be secular," said Pillay.

"But that doesn't translate into telling people what they can and cannot wear in a manner that's incompatible with their freedom of religion."

A lawyer for Quebec's league for rights and freedoms said that there is no precedent for Marengo's decision and called it "extremely personal and discriminatory."

"The judge has the right to enforce the decorum in the courtroom," Lucie Lamarche said. "But there is no definition of decorum."

Lamarche said that El-Alloul can ask the chief justice of the Court of Quebec to have the judge removed from the case.

El-Alloul plans to make an official complaint. She said that she does not understand why she was asked to remove her hijab on Tuesday, when eight years ago she stood in front of a judge at her citizenship ceremony with a scarf wrapped around her head.

"I am not making harm because of my hijab and this is freedom to me - this belongs to me," she added.

Rania El-Alloul speak about it on the radio:

Click here to listen to Rania El-Alloul speak about it.