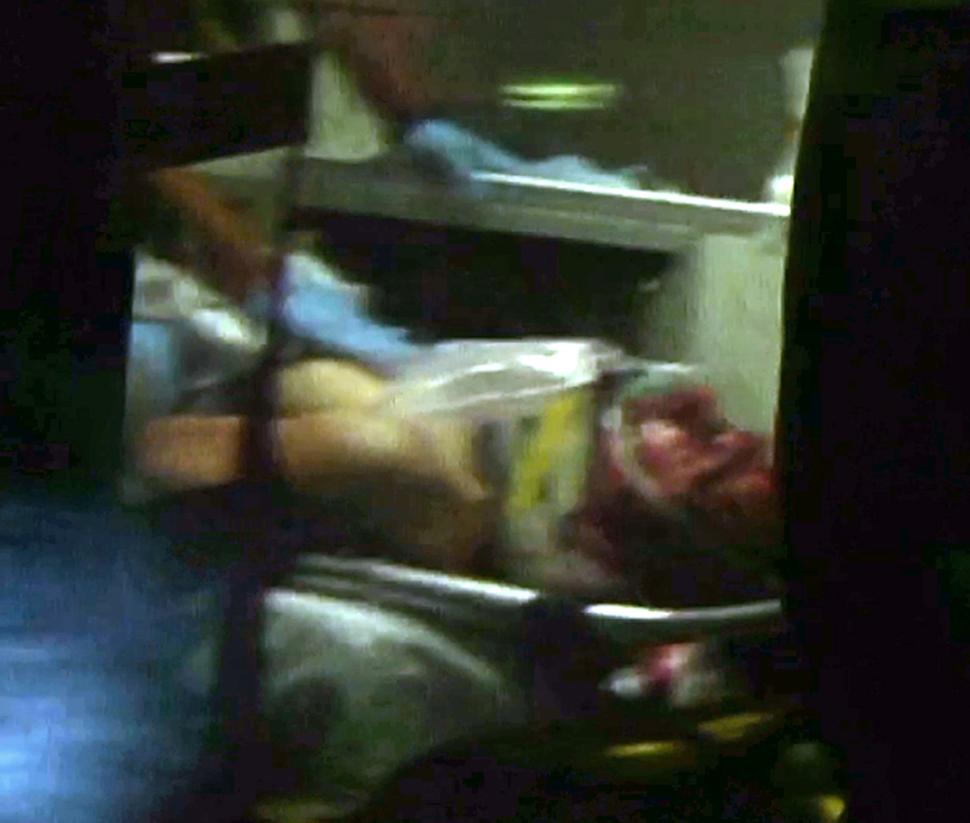 After his arrest he was taken to Beth Israel Deaconess Medical Center. Tamerlan Tsarnaev had been taken to the same hospital earlier that day at 1:10am and was pronounced dead at 1:35am. Jahar was in critical condition with gunshot wounds to his head, face, throat, jaw, left hand and both legs. There had been conflicting reports on his injuries as an interview was done by Anderson Cooper where the officers that arrested Jahar, talked about a wound to his neck which was more like a knife wound, rather than a gunshot!

But in court documents, his legal counsel states they were in fact gunshot wounds via the medical records they obtained from BIDMC (9 doctors and numerous nurses administered aide to Jahar).

Upon arrival Jahar's medical condition declined and even though he seemed to be orientated, he needed intubation (the placement of a flexible plastic tube into the trachea (windpipe) to maintain an open airway) while his injuries were assessed. After he was stabilized he went into surgery for his life threatening wounds. 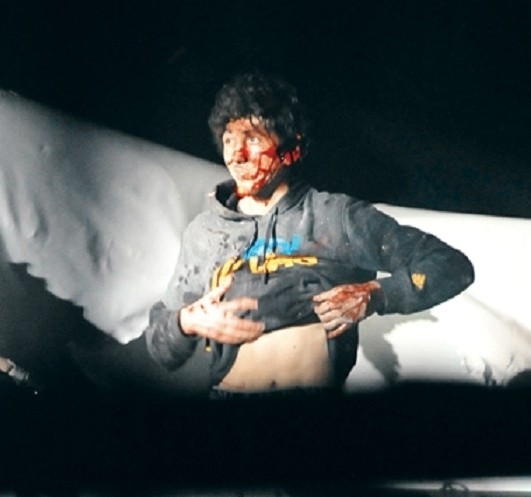 On April 20th in the morning hours he was moved to Surgical Intensive Care (SIC) and given pain medication over the next days.

On the 20th it was also announced by numerous accounts that the FBI was questioning him without Miranda Rights by using the "Public Safety Exception". This exception on the FBI website states …

"According to the Supreme Court, the public safety exception is triggered when police officers have an objectively reasonable need to protect the police or the public from immediate danger. Because the standard is objective, the availability of the exception does not depend on subjective motivation of the officers. Legitimate concerns for officer safety or public safety prompting unwarned custodial questioning arise in a variety of contexts. A common factor that can be gleaned from the courts addressing this issue is the prior knowledge or awareness of specific facts or circumstances that give rise to the imminent safety concern that prompted the questioning."

There was a special group that was formed in 2009 of FBI, CIA and the Defense Intelligence Agency called Presidents High-Value Detainee Interrogation Group (HIG) and at the time of Jahar's arrest and hospitalization it was expected that this would be the group questioning Jahar. According to the FBI, the HIG's mission is to "gather and apply the nation's best resources to collect intelligence from key terror suspects in order to prevent terrorist attacks against the USA and its allies". The "HIG" had been used in the questioning of the Times Square car bomber, Faisal Shahzad in May of 2010.

The Interrogation began 20 hours after Jahar was admitted to hospital. (7:22 pm April 20th) the interrogation lasted over the next 36 hours, with breaks. Even though he had repeatedly asked for a lawyer and begged for rest, as he was recovering from his surgery and treatment for multiple and serious gunshot wounds, the interrogation continued. These interrogations ended at 9am on April 22nd when Jahar was appointed council to represent him. Before the interrogations even began the Federal Public Defenders office and a private lawyer appointed by the state Public Defenders office attempted to meet with Mr. Tsarnaev at the hospital but were turned away by FBI agents and one agent stated that "Jahar was NOT in custody". These FBI agents refused to acknowledge the letter by these offices, this letter stated that Jahar had counsel available to him.

Jahar who, at the time of his interrogation, had a traumatic brain injury and was on a cocktail of drugs including Fentanyl, Dilaudid and Propofol (the drug that killed Michael Jackson) He also had his jaw wired closed, was deaf in his left ear and was only able to mouth words as he also had a tracheotomy. He was under heavy guard and handcuffed to the bed.

During the 1st interrogation Jahar wrote notes to the HIG, his notes are very telling as he assured the HIG "no public safety threats remained". "No one else but his brother was involved." "No danger to anyone else" and "no more bombs"

In all Jahar asked for a lawyer 10 times in his notes and at times circling the word. He also wrote the words "I am tired, leave me alone" "I want a [illegible]. 5 other times he begs to be left alone. Some of his other written statement are "I'm hurt" "I'm exhausted" "Can we do this later" "You said you were going to let me sleep".

According to a FBI report about the interrogations on April 20th-21st, Jahar had asked for a lawyer numerous occasions between 8:35pm and 9:05pm on the 20th. He was told he needed to answer questions in order to ensure that the public was safe and no longer in danger of any other people or devices.

Jahar also asked about his brother Tamerlan and was continually told he was alive. "Is my brother alive? I know you said he is, are you lying? Is he alive, show me the news!" What is today? Where is he? In his last note he wrote "can I sleep? Can you not handcuff my right arm? Where is my bro? Are you sure? (By the time the end of questioning of Jahar, Tamerlan had been dead for over 48 hours.)

On Sunday April 21st 2013 at 6:47pm a criminal complaint was filed against Dzhoklar Tsarnaev case # 13-2106-MBB by Daniel R. Genck of the FBI with Judge Marianne B. Bowler.

ON Monday April 22nd, 2013 a hearing was held at Jahar's bedside here is a transcript of that hearing:

Once Jahar obtained a lawyer the next morning the HIG stopped the interrogation.

Jahar's legal representation is Miriam Conrad (She is a chief public defense lawyer. Conrad has led the Federal Public Defender Office in Massachusetts, New Hampshire, and Rhode Island since 2005 and is "one of the nation's most respected public defenders.") , William Fick (A federal public defender for Dzhokhar Tsarnaev. Fick, a graduate of Yale Law School, is fluent in Russian. That language advantage could aid him in conversing with Tsarnaev and his friends and family, many of whom come from Russia. Fick was present at Tsarnaev's hospital bedside when he was first read the charges against him a week after the bombing.) , Judy Clarke (Clarke is one of the foremost experts at defending death penalty cases. She has represented a who's who of America's most notorious suspects in capital cases: the Unabomber Ted Kaczynski; Jared Loughner, the Arizona man who shot Rep. Gabrielle Giffords; and 9/11 conspirator Zacarias Moussaoui. All faced the death penalty, and with Clarke's defense, all were sentenced to life in prison.) Timothy Watkins (A federal public defender for Tsarnaev. The fourth member of Tsarnaev's defense team, Watkins is a board member for Massachusetts Citizens Against the Death Penalty.)

A Grand Jury was convened and on June 27th, 2013 the Indictment was filed and accepted by the courts.