It supports a previous decision by the High Court that it was in the “public interest” for the government to carry out its policies.

Under the scheme, some of those entering the UK illegally will be flown to Rwanda to apply for asylum there.

Campaigners were trying to stop the flight before a full hearing on whether the policy is lawful next month.

The charity Detention Action and the PCS union that represents some Border Force staff, who were among the groups who brought the case, said they were “disappointed” by the decision.

Eight people are expected to fly to the landlocked east African country on Tuesday evening, a Home Office source told the BBC.

The numbers drastically reduced after legal challenges relating to modern slavery and human rights claims, according to a government source.

The government says the scheme will discourage dangerous journeys across the English Channel and therefore undermine smuggling gangs, but charities, religious leaders and opposition parties have criticised it.

People sent to Rwanda will be given accommodation and support while their asylum application is considered by the Rwandan government.

If they are successful, they can stay there with up to five years’ access to education and support.

If they are not, they will be offered the chance to apply for other immigration routes, but could still face deportation.

At the urgent hearing on Monday, three senior judges ruled there was no error in the High Court judge’s decision last week to allow the flight to go ahead.

They also refused permission for an appeal to the Supreme Court against their decision.

Just before the ruling, SNP home affairs spokesman Stuart McDonald told MPs in the Commons it was a “cash-for-deportations” policy “akin to state-sponsored trafficking and transportation”.

But Home Office minister Tom Pursglove replied that the comparison was “plain wrong” and “very offensive not just to this government but also, I’d argue, hugely offensive to the Rwandans too”.

Mr Pursglove said the policy offers “new opportunities for those relocated to Rwanda” and “people will no longer be able to pay evil people smugglers to go to a destination of their choice while passing through safe, sometimes several safe, countries.”

Meanwhile, the head of the UN Refugee Agency, Filippo Grandi, said the plans were “all wrong” and could set a “catastrophic” precedent.

And leaders of the Church of England – including the archbishops of Canterbury and York – wrote in the Times that it was an “immoral policy that shames Britain”.

A lawyer for the charity argued asylum seekers were “effectively guinea pigs” for a process that hadn’t been properly tested, but the judge concluded some of their arguments were “thin”.

More than 10,000 people have made the dangerous journey across the Channel so far this year. Another 37 people were brought into Dover by Border Force earlier on Monday. 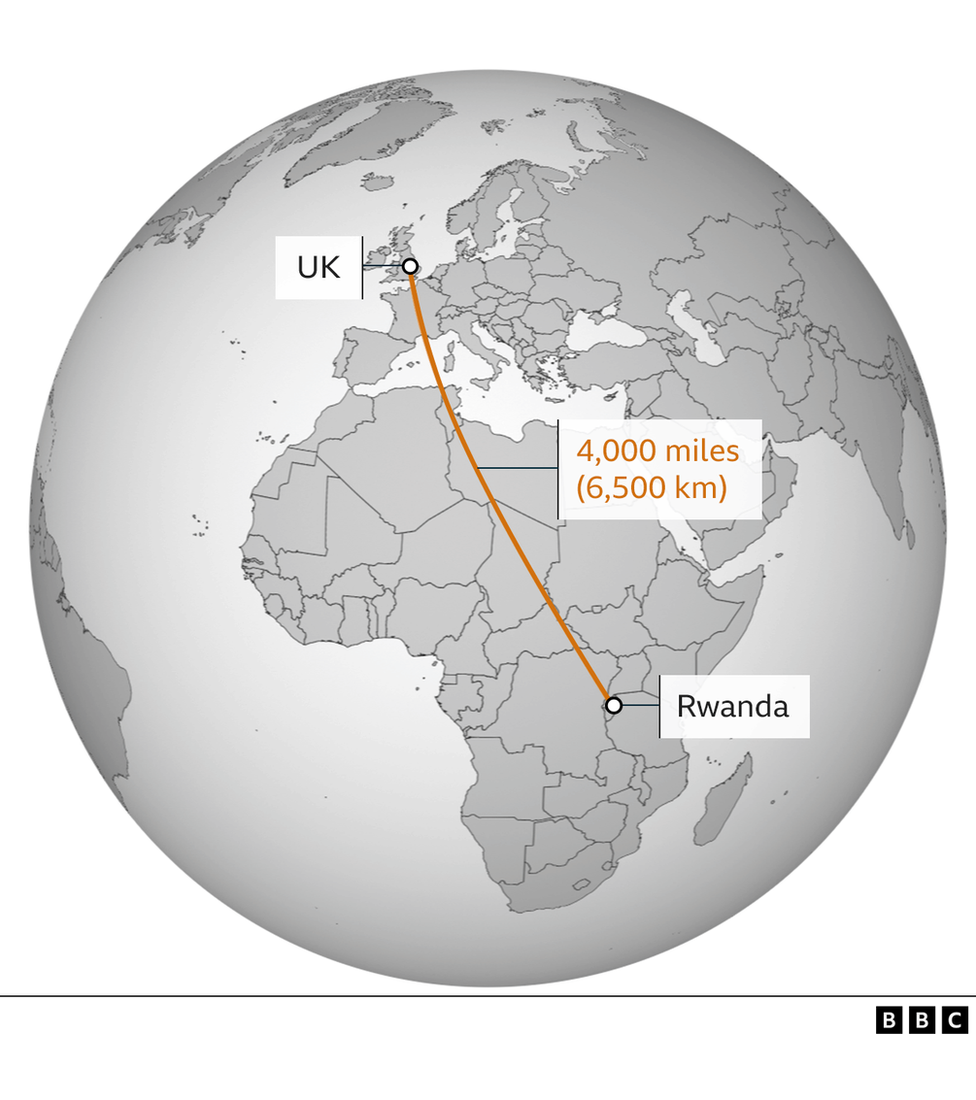 This is a major legal victory for Home Secretary Priti Patel.

The Court of Appeal’s decision underlines one of the principles of how the law works: if a judge decides there’s no pressing need for an injunction, then unless there is a major legal fault with their reasoning, more senior judges should not overturn their decision.

General concerns about the human rights of would-be passengers, in the broadest sense of the phrase, have been repeatedly raised over the last couple of days.

Yet the courts have shown, contrary to the views of some commentators, that those safeguards are not a bar to the government pursuing its policy objectives if the law appears to be correct.

Lord Justice Singh noted that the outcome of next month’s full challenge to the policy could hypothetically see asylum seekers returned to the UK, were they to win the day.

But the more immediate question is this: how many asylum seekers will actually be on the flight?

About World Justice News 3199 Articles
Brings you breaking crime news and other interesting crime stories from around the world.

Evan Neumann: US Capitol riot suspect gets asylum in Belarus

A California man suspected of taking part in the US Capitol riots last year has been granted asylum in Belarus. Evan Neumann fled the US after being charged in connection with the riots. The 48-year-old […]

A man who built an unauthorised leisure complex in his garden has been jailed for refusing to demolish it. Graham Wildin, from Gloucestershire, was jailed for six weeks for contempt of court, at a hearing […]

A Kenyan court has found three policemen and a civilian guilty of the murder of a human rights lawyer and two other people in June 2016. The bodies of Willie Kimani, his client and a […]