A California state assemblywoman who rose to national prominence as a campaigner against sexual assault is now herself accused of misconduct.

The state legislature is investigating Democrat Cristina Garcia, who was featured in a Time magazine profile of #MeToo victims last year.

Ms Garcia is accused of groping another lawmaker’s male aide after an annual legislative softball game in 2014.

She says she has “zero recollection of engaging in inappropriate behaviour”.

In a statement, the influential Los Angeles-area lawmaker added that “such behaviour is inconsistent with my values”. 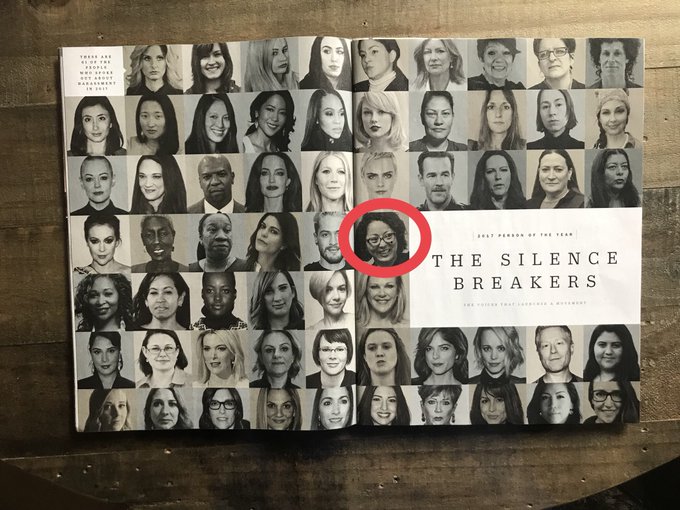 I didn’t know I was part of the story. That I was pictured and added to a timeline of this reckoning. It’s an awkwardly humbling experience, but I am proud of this work and the company I am in. I hope you’ll pick up a copy of @TIME &read about the bravery.#MeToo #WeSaidEnough

“Every complaint about sexual harassment should be taken seriously and I will participate fully in any investigation that takes place,” said Ms Garcia, who was elected in 2012 and chairs the Legislative Women’s Caucus and the Natural Resources Committee.

The accusation comes from Daniel Fierro, who said a drunken Ms Garcia cornered him in the team dugout when he was 25 years old.

He said Ms Garcia stroked his back, squeezed his buttocks and attempted to grab his crotch.

Mr Fierro told Politico he did not originally report the incident.

He is not the only man accusing Ms Garcia of unwanted sexual advances.

Another accuser, whom Politico described as a prominent lobbyist at California’s state capital, claims the lawmaker tried to fondle him at a fundraiser last year.

The man, who wished to remain anonymous because he represents a major industry association, said Ms Garcia had leaned in close enough to him that he could smell alcohol on her breath.

She whispered that she had “set a goal” for herself to have sex with him and used a vulgarity, he said.

The accuser said he stopped Ms Garcia from grabbing his genitals, and told her “that ain’t gonna happen”.

The claims come months after the lawmaker told the New York Times she had experienced sexual harassment.

“Multiple people have grabbed my butt and grabbed my breasts,” she said about alleged incidents in the state capital of Sacramento.

Both Mr Fierro and the lobbyist said Ms Garcia was heavily inebriated at the time of the alleged assaults.

In a November interview with the Associated Press news agency about alcohol at political fundraisers, Ms Garcia said that blaming drink is not an acceptable excuse for inappropriate sexual behaviour.

“I would say that most of the public realises that our job is based on relationships, and so we are expected to go out there and socialise,” she said.

“I think our public also expects us to hold ourselves to a higher standard.”

Australian police have arrested six people in Victoria and New South Wales after the biggest seizure of crystal methamphetamine in US history. Authorities say the 1,728kg (3,800lb) stash – the largest ever intercepted drug shipment […]

A coalition of 16 US states led by California is suing President Donald Trump’s administration over his decision to declare an emergency to raise funds for a Mexican border wall. Mr Trump made the declaration […]